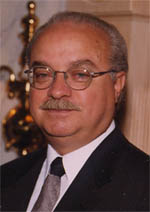 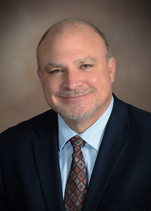 R. Scott Sanders, a second generation licensed Funeral Director, Embalmer, and pre-need counselor, president of Kreighbaum-Sanders and Sanders Funeral Homes. Scott is a life resident of Canton and East Canton and a graduate of Canton South High School. He attended the Ohio State University and Cincinnati College of Mortuary Science, where he received a degree in Mortuary Science. He is a member and past president of the Ohio Funeral Directors Association District 16. Scott has volunteered for 26 years with the Pro Football Hall of Fame Festival where he served as Chairman for various committees and in 2002 was the General Chairman of the Pro Football Hall of Fame Festival. He was active in the former East Canton Lions Club and an active member of the East Canton Rotary Club where he is a charter member and past president. Scott also is a member of the Boy Scouts of America, Buckeye Council Advisory Board, and was the chairman of the Osnaburg Township Citizens Fire Department Committee. Scott had served as a wrestling coach with the Canton Local School System for 6 years. He is the recipient of the 1999 Canton Jaycees Distinguished Service Award, 2014 Osnaburg Citizen of the Year and the Stark County Grange Community Volunteer of the Year. He is a member of Indian Run Christian Church. Scott operates a small hobby farm where he raises beef cattle which started out as a 4-H project for his children. Scott and his wife, Julie, have three sons, Chase (Jess), Brock (Bridget) and Drew (MacKenzie). One grandson, Emmett 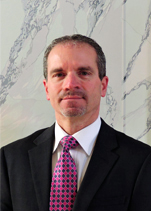 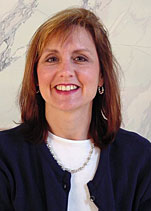 Julie L. Sanders, Administrative Assistant for the Kreighbaum-Sanders and Sanders Funeral Homes. She was born in Coshocton, Ohio and spent most of her childhood in the Canton area. She is a graduate of Canton South High School, and received her bachelor degree in Foods and Nutrition from The University of Akron. Julie is a member of Indian Run Christian Church where she serves as a Sunday school teacher and volunteers with the local school districts. She and her husband Scott have three children Chase (Jess), Brock (Bridget) and Drew (MacKenzie). One grandson, Emmett. When not working, Julie enjoys gardening, outdoors, sports, spending quality time with her family and pets. 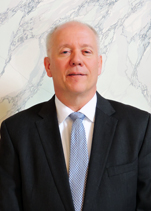 Brian D. Lowery, Assistant of Operations for the Kreighbaum - Sanders and the Sanders Funeral Home.  He was born in Canton, Ohio one of two children.  He has been a life resident of the East Canton community and a 1979, graduate of East Canton High School and attended Stark State College.  He has four children and two grandchildren whom he is extremely proud of.  Brian is an active member in the Indian Run Christian Church.  He is the former owner operator of Town and Country IGA, in Waynesburg, OH, where he received numerous Excellence Awards for his efficiency and community involvement.  He was appointed Fiscal Officer for Osnaburg Township in 2013 and elected to that position in 2015.  He enjoys spending time with family, church activities, hunting, fishing and other outdoor activities and volunteering his time to help others. 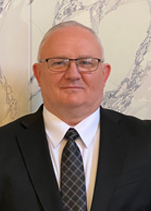 Danny L. Grine was born in Marion, Ohio and is a 1987 graduate of Marion Harding High school. He holds a Bachelor of Religious Education, Bachelor of Divinity, and Master of Ministry degree. He was an Assistant Pastor for 25 years. He and his wife, Renee, have been married for 26 years and have two children, Danielle (Joseph) and David, as well as one granddaughter, Aria. They are active members of Fellowship Baptist Church in Canton, Ohio. Danny and his wife enjoy spending time with their family as well as taking walks with their dogs. He is a loyal friend and always available to help his family, friends and others in need. 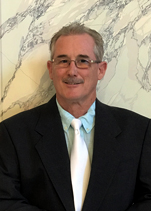 Richard is a lifetime resident of the Canton area graduating from Glenwood High School in 1971, residing in the East Canton community for the past 36 years.  Richard and his wife Deborah have been married for 47 years, they have two children Renée and Michael and four grandchildren all of whom he is very proud of.  He is retired from Aultman Hospital after 18 years of service within the maintenance department specializing in HVAC.  He actively attends the Indian Run Christian Church, where he proudly serves as a Deacon. Richard has also served as a missionary to several countries, last being Columbia. He strongly believes in helping and supporting those at need in the community. 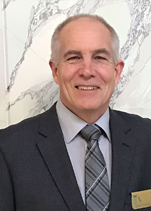 Rick is a lifetime resident of the Canton South area along with his wife Debbie and daughters Sarah and Kelly. He is a graduate of Canton South High School and M.A.T.C. where he earned his degree in Natural Resources Conservation.

He is a former employee of Duncan Press and Lowry Lithograph Company in downtown Canton where he spent the last 40 years in the commercial printing industry. He currently works full time for Canton Local School District as a custodian at Faircrest Memorial Middle School. He is the former Scoutmaster of Troop 203 where he served for 30 years. Both he and his wife attend Peace Lutheran Church and enjoy camping, the outdoors and spending time with family and their new grandson Jase. 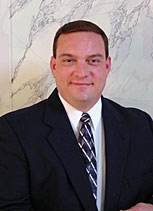 William E. Slish  was born in Canton, Ohio, one of six children, he and his wife Kendra and his daughters reside in Dover, OH. He graduated from GlenOak High School in Canton, and Kent State University. He honorably served in the United States Air Force. He has been employed with the Sanders Funeral Homes for over 25 years. He currently is a member of the Kent State University Alumni. His hobbies include computers, woodworking, remodeling, swimming, photography Photoshop, video and web design.